On a typical day, America Leon wakes up in the middle of the night to get to the gas station where she works by 5 a.m. She works for a few hours, then attends Nashville State Community College until the afternoon.

Then back to work at the gas station until 10 p.m.

She then sleeps for a few hours, gets up and repeats the process.

“You have to have that grit, to wake up early in the morning, go to work, come home and do it all over again,” Leon says. “TIRRC brings out that grit inside of everybody.”

“Middle Tennessee has one of the fastest-growing immigrant populations in the country,” says Stephanie Teatro, co-executive director of TIRRC. “For years, our work has been equipping immigrant families with the tools they need to fully participate and contribute as powerfully engaged leaders. In our new political reality, our work to strengthen our communities and our democracy is more important than ever.” 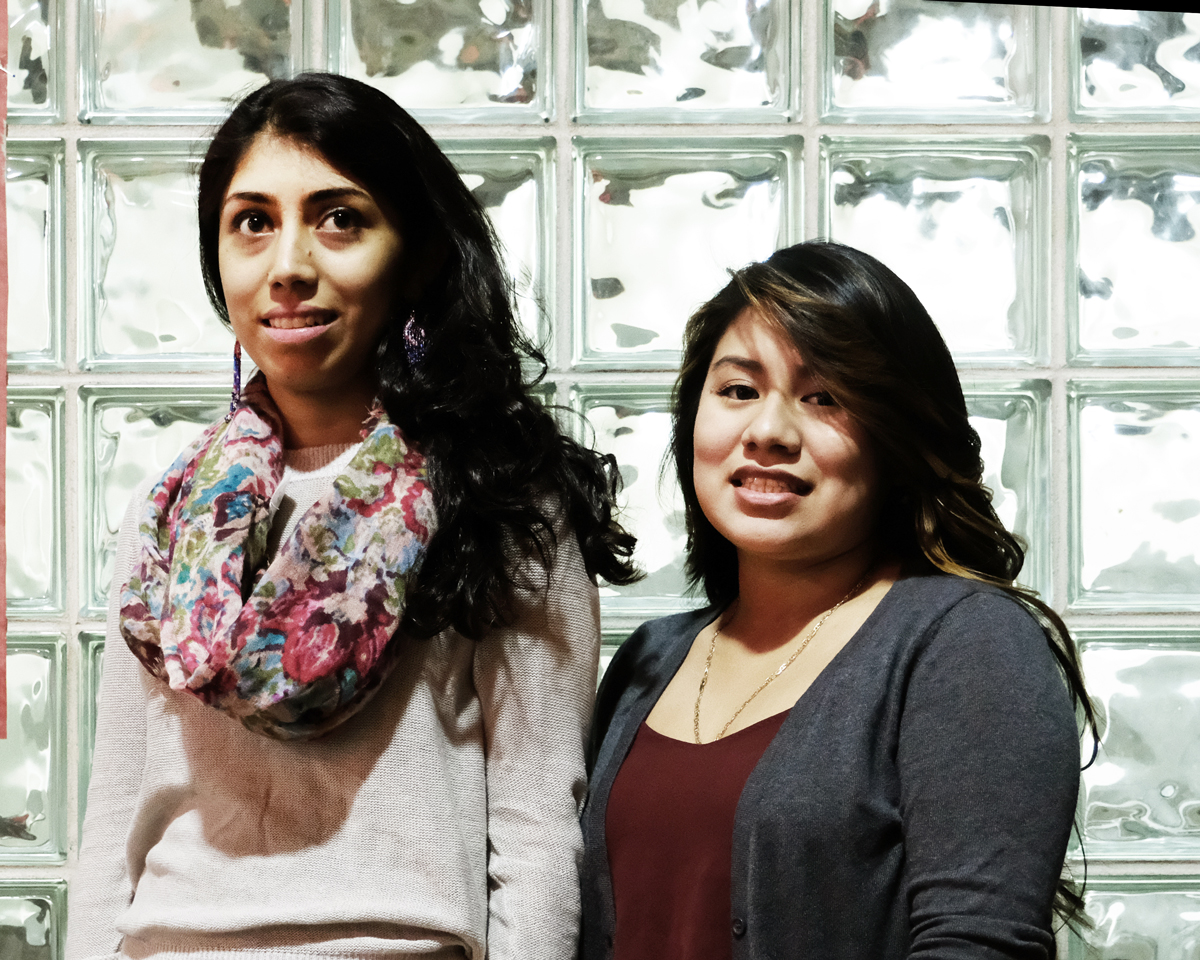 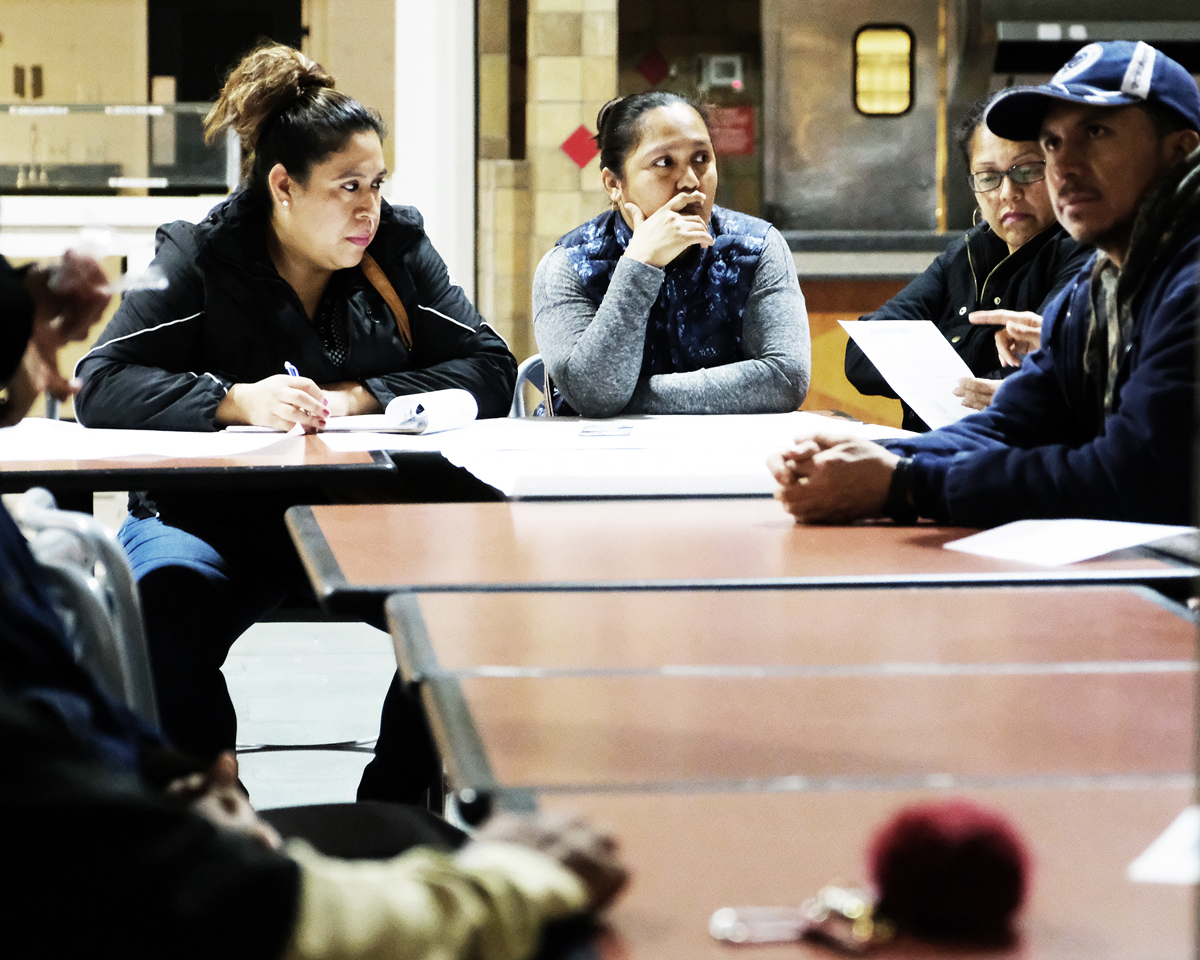 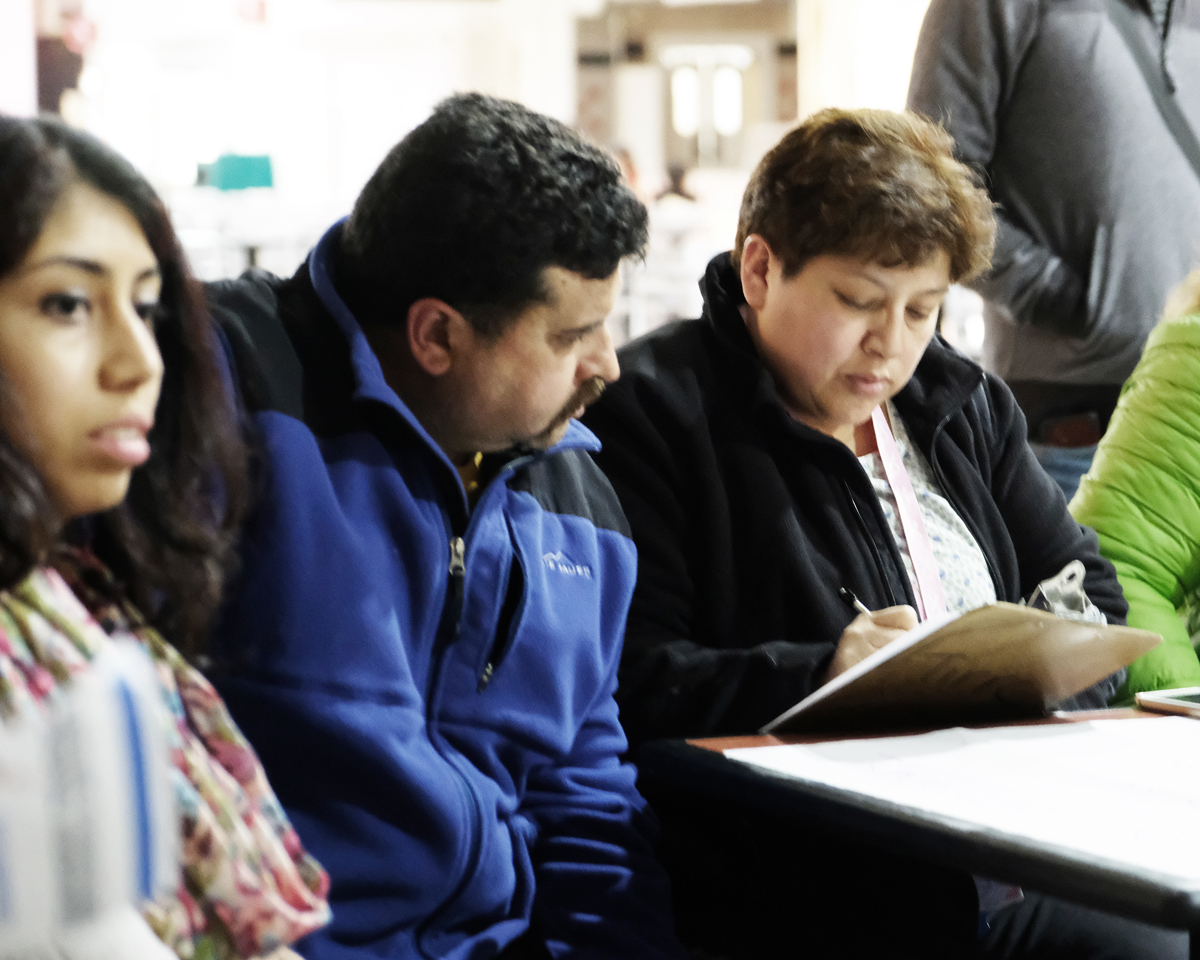 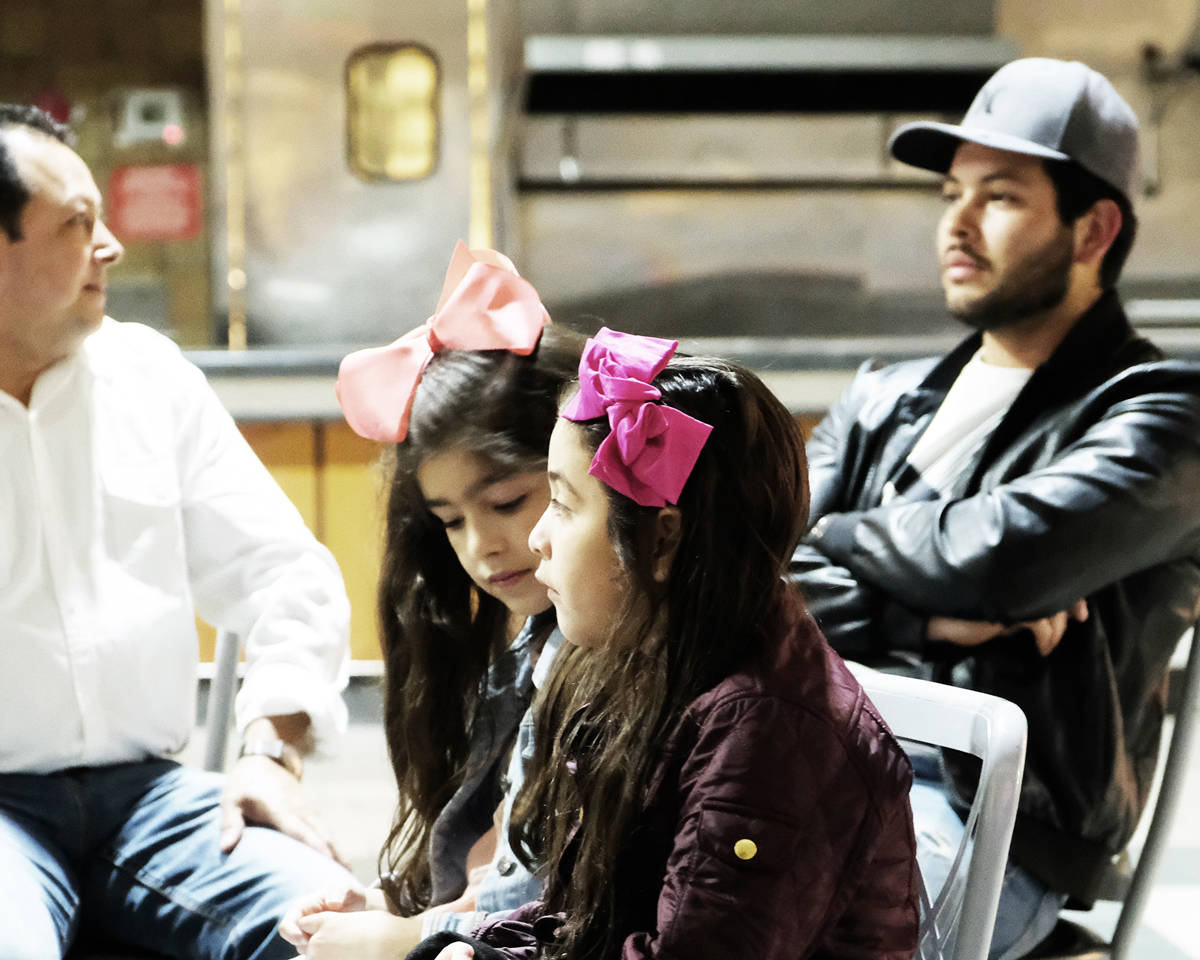 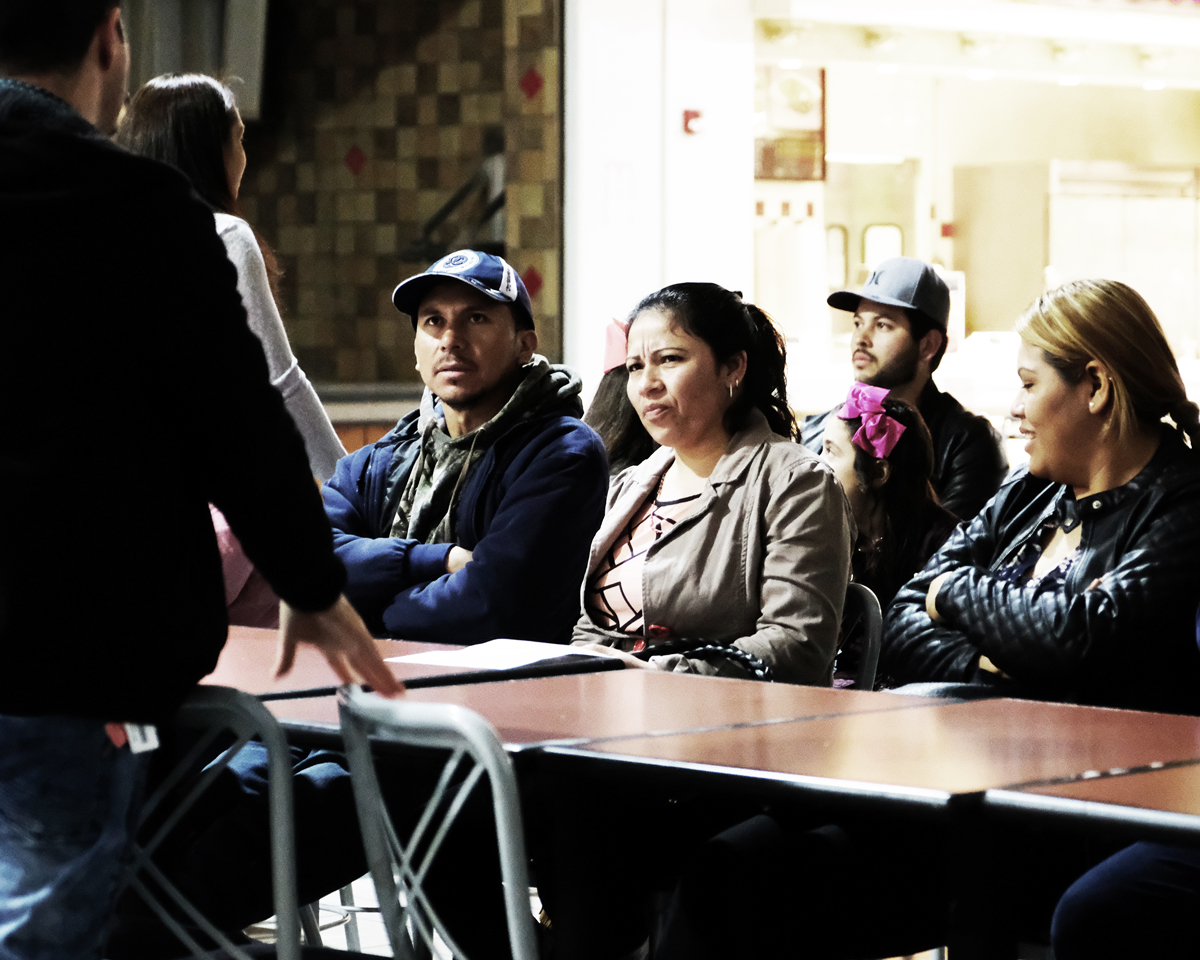 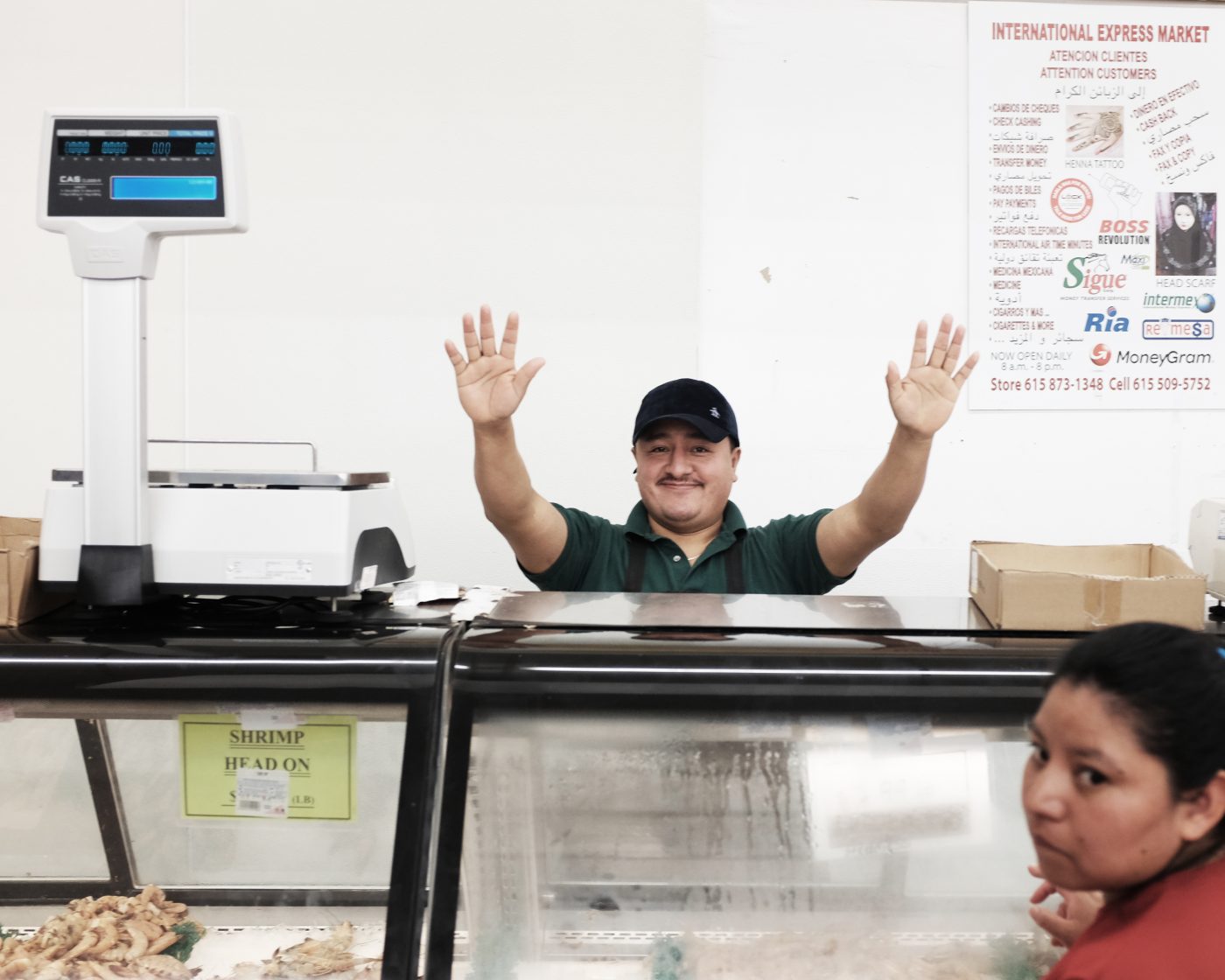 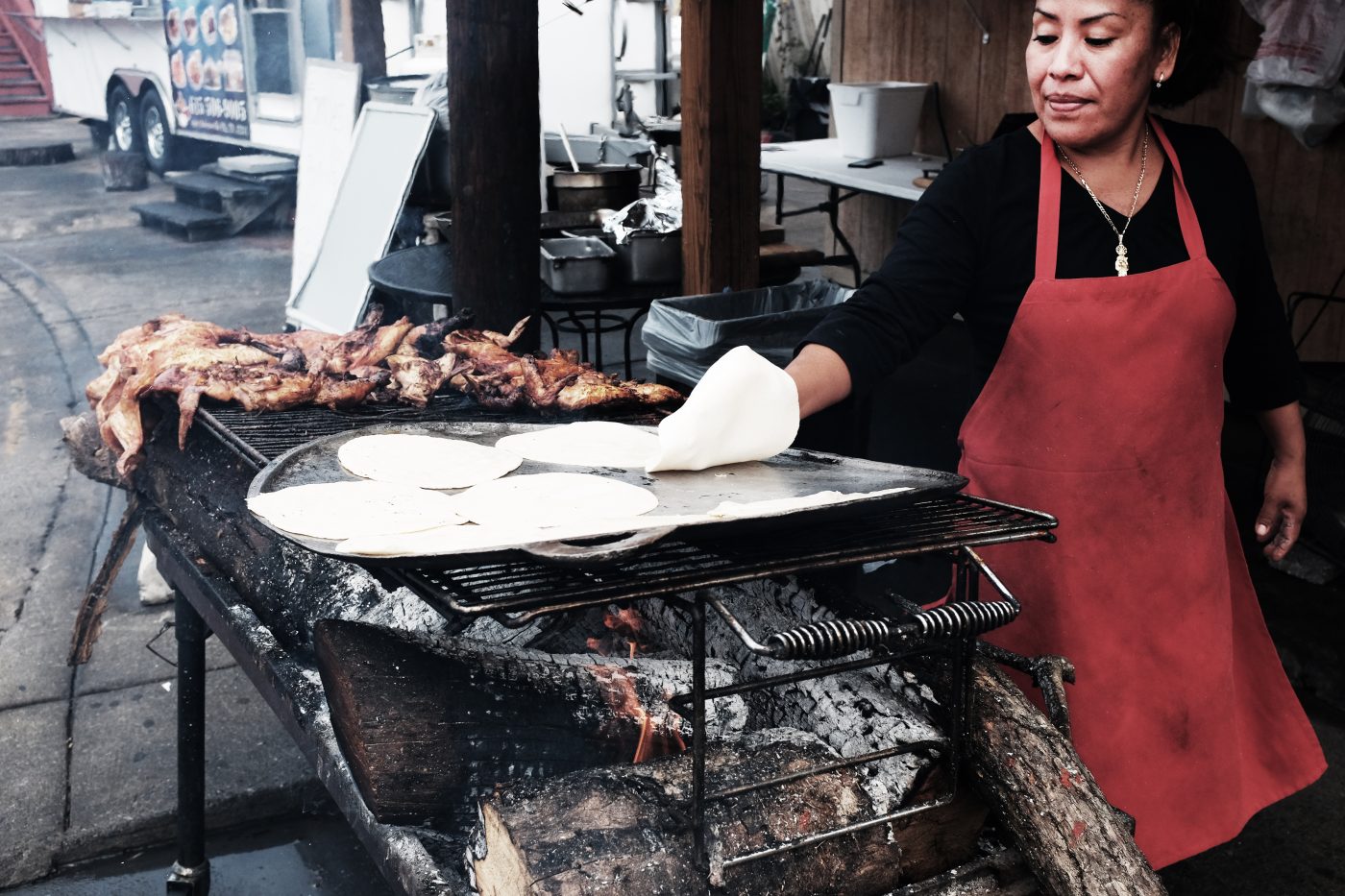 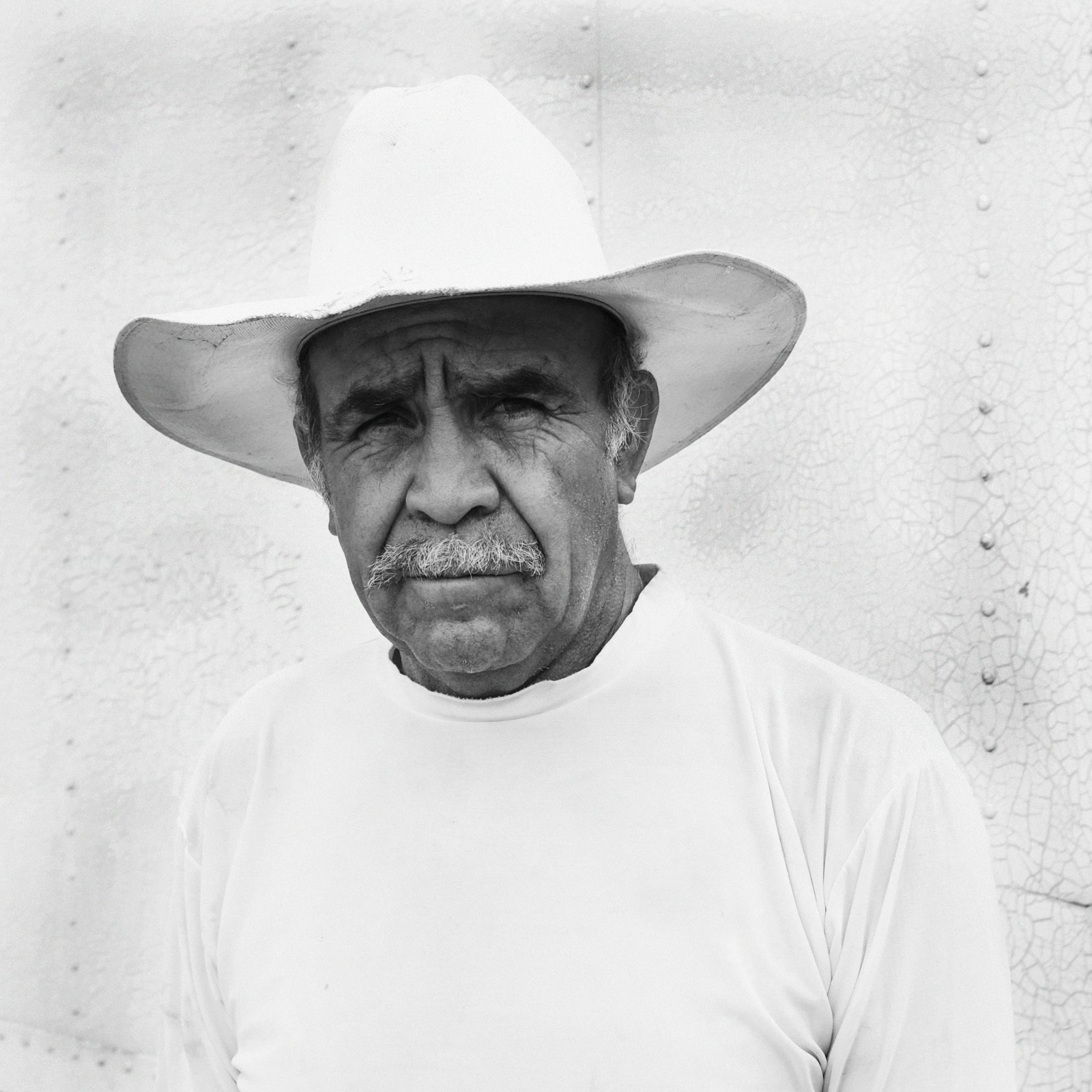 For many immigrants, TIRRC is a home, a hub, and a lifeline. And, maybe most important, it has given many of them the strength to share their hopes, fears, and burdens.

Leon, who was born in the United States, remembers a few minutes in high school that felt like an eternity. She had received a call during class that her mother may have been deported during an immigration raid.  She broke down and cried in front of her teacher and classmates.

At age 16, she faced the possibility of returning  home from school and her only parent would be gone, taken away and living in another country. She realized she didn’t even speak Spanish.

That moment led her to get involved in TIRRC, joining its Youth Council and advocating for immigrant communities. She created an action plan so that her high school could better deal with a parental deportation.

In 2016, she spoke to a sea of some 2,000 faces at the “Fight for Families” rally outside the U.S. Supreme Court in Washington D.C.  TIRRC inspired her to continue her education after graduating.

But uncertainty and fear has grown for Leon and many children of immigrants like her because of immigration crackdowns, shifting policies and anti-immigrant sentiment. Undocumented status means an estimated 11.1 million immigrants live in limbo in the U.S., according to 2014 statistics from the Pew Research Center.

They do not fully belong to the country that is now their home. But for many, it is the only home they know.

“We are living every day as if we are not going to see each other the next day, or the next hour,” said Leon of herself and her mother of the past few months. Her family has created a plan in case a family member is deported.

She worries: Will this be the day something bad happens? Will her mother be hurt in a detention facility?

As a U.S. citizen, Leon is the person who will be in charge of young family members and coordinating details. She admits it is all a heavy weight to carry on her shoulders.

Jazmin Ramirez spent this year anxious about sending in her deferred action for childhood arrivals, or DACA, form. Ramirez is a so-called Dreamer, one of the estimated 750,000 people brought to the U.S. as children. The 2012 DACA policy allows people like her to go to school and to work for a two-year period. 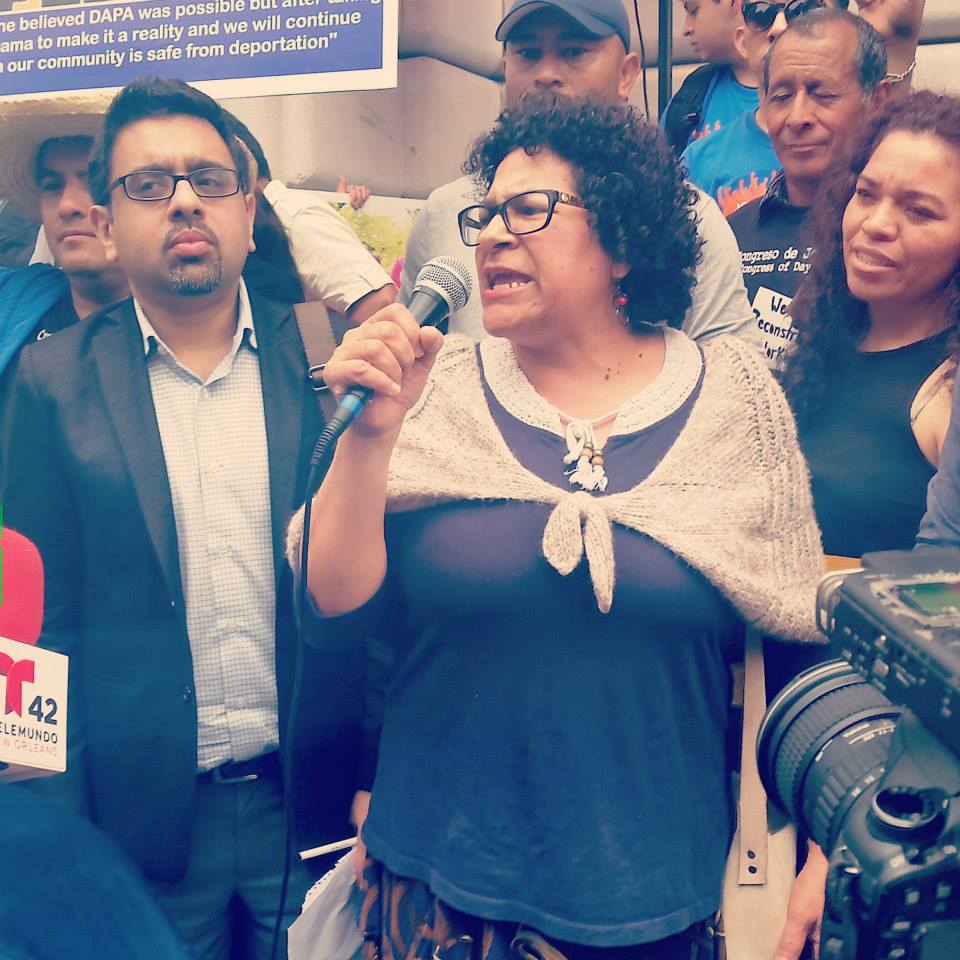 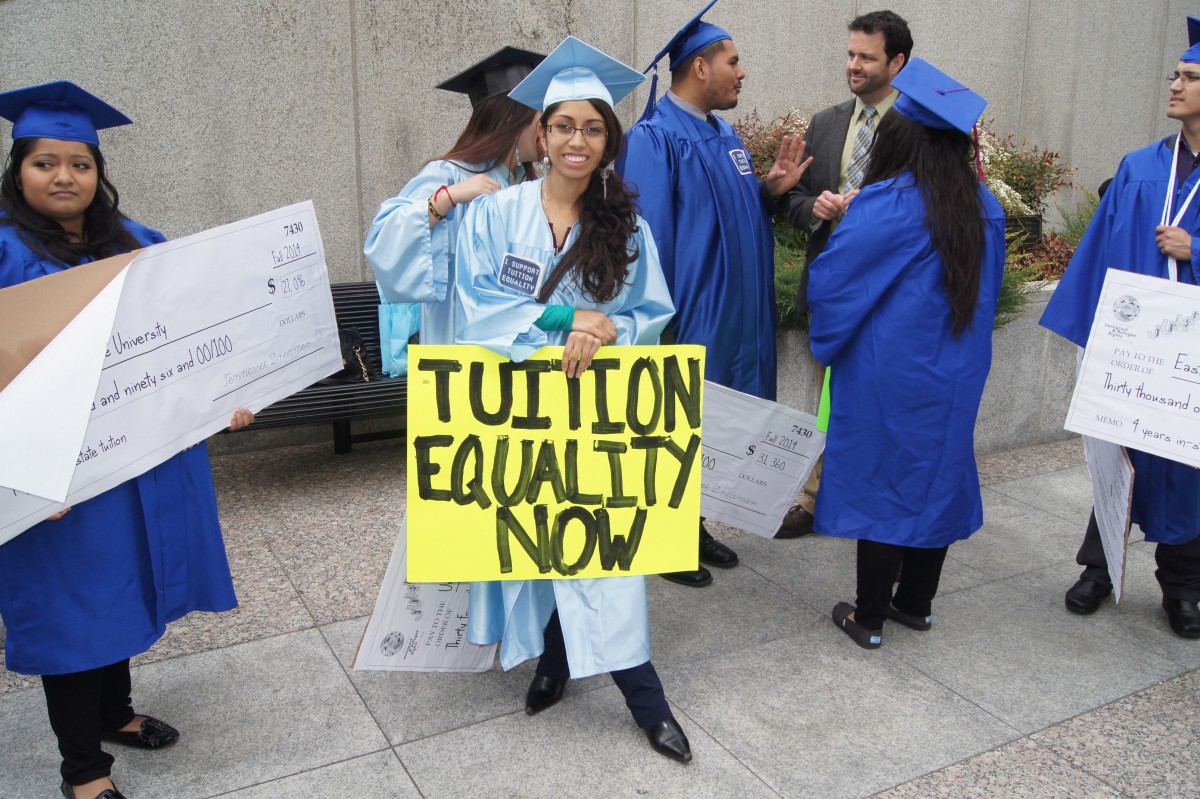 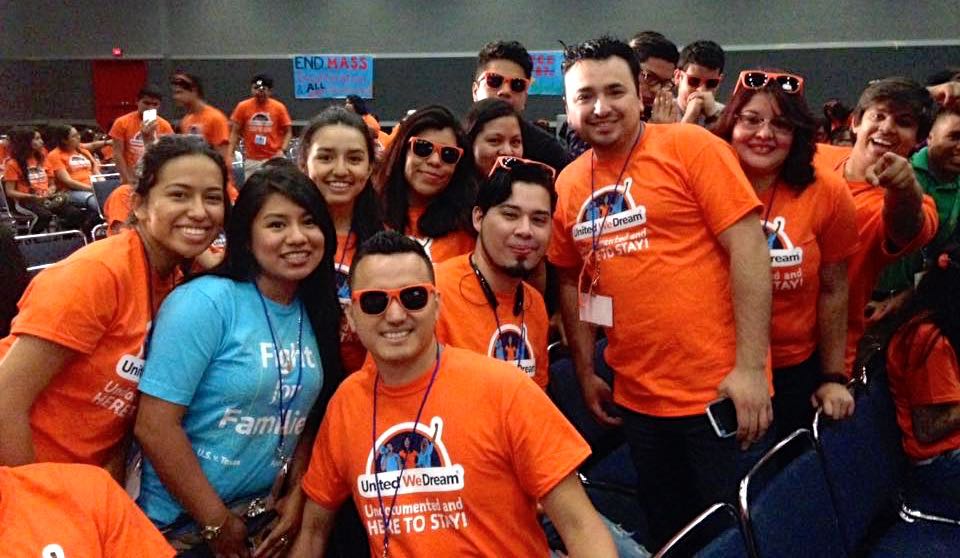 Ramirez joined TIRRC after high school, is vice president of its board and spearheaded efforts for tuition equality in the state legislature while going to college and working two jobs. Recent detentions and interviews of a handful of DACA recipients like her have sent out ripples of fear and confusion about the program’s future and what it means for participants to have their information on file.

After a lot of deliberation, Ramirez decided to send her DACA form in January 2017. A month later, she was relieved when it was renewed. But she decided to defer school, leaving Trevecca Nazarene University, where she was a social justice major, in order to work full time.

She says it was difficult to hear classmates support policies that might hurt her family and her three younger siblings. Her 8-year-old brother had a panic attack when their family’s car was pulled over for a traffic stop during a road trip, fearing their parent’s deportation.

Ramirez says she is coping with all the anxiety by spending time outdoors and with her family.

“It is really devastating all the things that are happening in our community. It’s probably going to get worse before it gets better. “ says Martha Lugo.

Lugo, a native of Mexico, came here 27 years ago and has been a member of the Nashville Immigrant Women’s Committee since 2010. Through TIRRC, she tutors students studying for their high school equivalency test and is a representative for the Southeast Immigrant Rights Network. As an undocumented parent with children who are citizens, she fears for them if she or her husband are deported.

“It is important that the community be prepared in the event that something happens with their family. Especially to protect the children,”  Lugo says.

She, along with Ramirez and Leon, remain active in TIRRC and are holding workshops to keep community members informed of their rights, helping them create plans of action to be prepared and to stay in contact with one another.

Lugo says she is saddened by what she sees. She believes Americans misunderstand immigrant communities and their contributions. Instead of seeing “bad people,” she wishes everyone instead could see “a working community, building the roots and the foundation so [the United States] can be even more powerful.

“But the same thing that scares me gives me the strength to keep fighting,” Lugo says.

In January 2017, she spoke at the Women’s March in Nashville, addressing the crowd of an estimated 15,000 people at Cumberland Park. Initially scared, she eventually agreed because she felt that people were relying on her to give voice to their fears and hopes.

“If we stay together and gather our strength,” Lugo says, “we will be more successful.”

Both America Leon and Jazmin Ramirez echo that feeling: Being united and connected gives them strength and hope for a brighter day, even if the current moment feels like a dark storm.

“Thankfully,” Leon says, “we’ve had the opportunity to give hope back to our community, to give strength and help our community be stronger as a whole.

“Because with everything against us, we still have an opportunity.”

Other 2016 grants from The Foundation to nonprofits working with the immigrant and refugee communities include:

— Center for the Community Integration of New Americans. $3,000 to provide academic support after school to 20 children of immigrants living in Nashville.

— Tennessee Justice for Our Neighbors. $10,000 to provide coordinated immigration and family legal services for immigrant children seeking to be reunited with their families in Tennessee.

— Children’s Advocacy Center for the 31st Judicial District. (Warren County). $7,500 to provide child-abuse prevention education and outreach directly to members of the Hispanic/Latino communities within the 31st District. 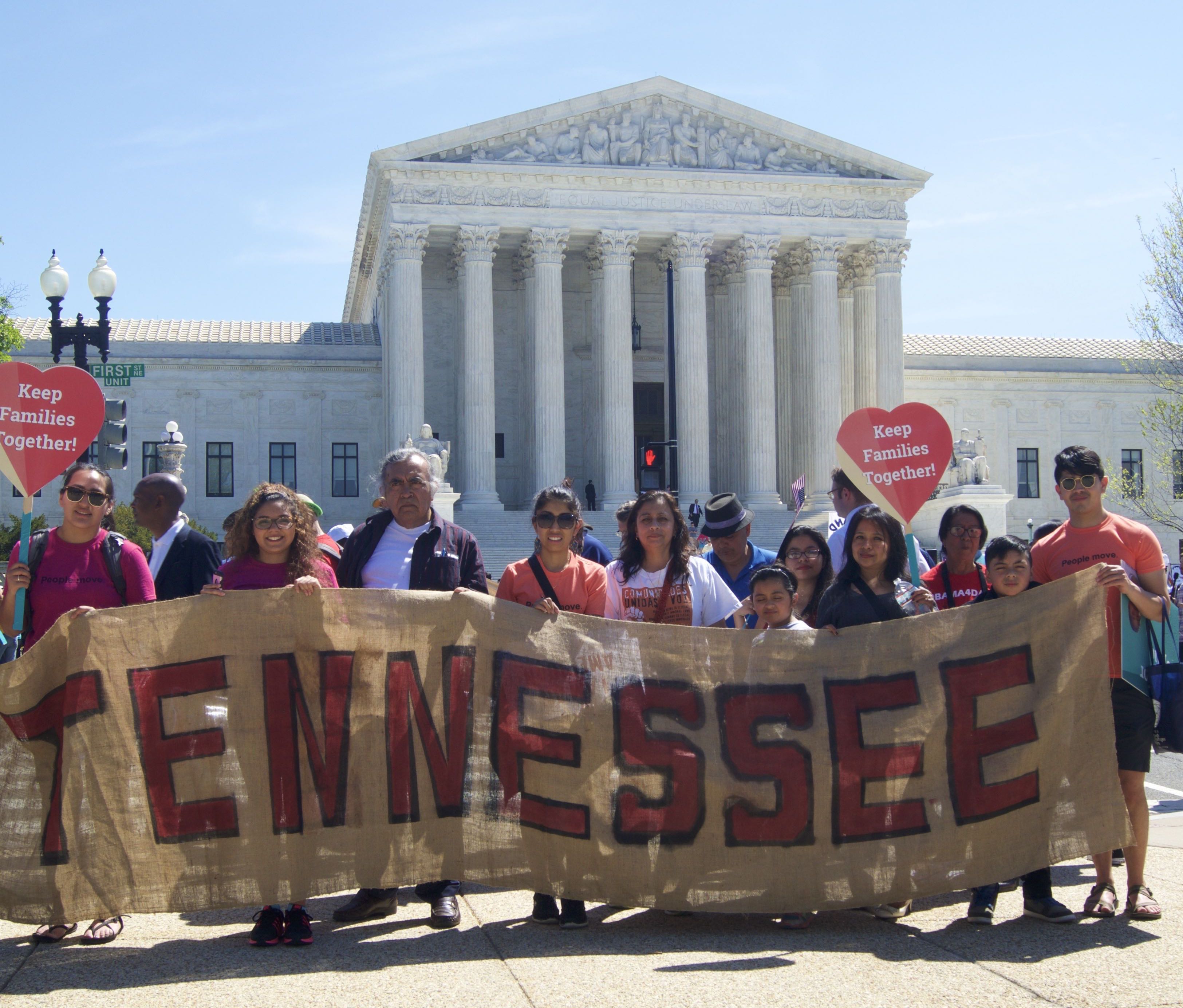 “Middle Tennessee has one of the fastest-growing immigrant populations in the country,” said Stephanie Teatro, co-executive director of TIRRC. “For years, our work has been equipping immigrant families with the tools they need to fully participate and contribute as powerfully engaged leaders.  In our new political reality, our work to strengthen our communities and our democracy is more important than ever.”