How does this garden grow? From a sense of community

The Nashville Food Project believes it has a recipe for social change.

— Snow peas and radish from an urban garden;

— Broccoli, ramen and summer fruit donated by a grocery retailer;

— Surplus ginger left over from a local chefs competition;

— Beef donated from a trade convention;

— Nine volunteers, who come from all walks of life and varied experience.

Next, gather them all on a Wednesday morning, in a small but bright commercial kitchen connected to The Nashville Food Project (TNFP) office, to prep a meal of beef lo mein, salad and fresh fruit.

Finally, serve the meal fresh from the kitchen to 75 homeless military veterans at Operation Stand Down Tennessee support center as well as 25 people rebuilding their lives post-incarceration at Project Return. 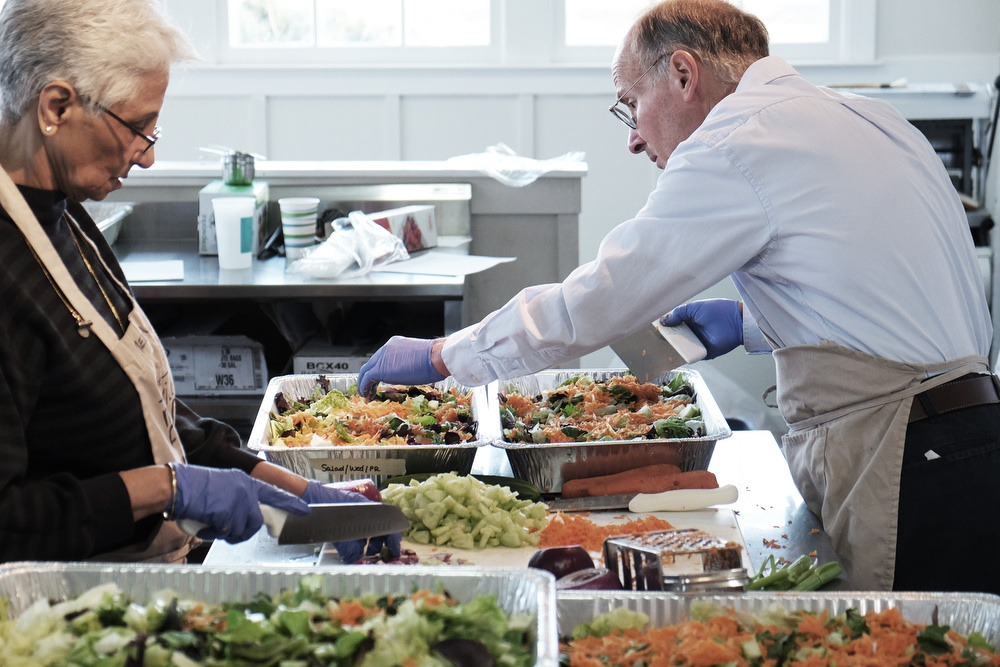 For The Nashville Food Project founder and executive director Tallu Schuyler Quinn, one of the favorite things about her nonprofit brainchild is its similarity to cooking a simple meal.

You harvest gifts from the community, make something beautiful from them, and share that bounty.

Founded in 2011, the organization gathers food that might normally go to waste: either surplus donated by retailers such as grocery stories and restaurants, or individual donors. The organization also farms and harvests from five urban gardens across the city.

It draws from a roster of more than 600 volunteers per month to make meals that go to 22 community programs on a regular schedule, programs such as: gang prevention; financial literacy classes; preschool breakfast, lunch and snacks; after-school programming; and senior mobile meals. The Nashville Food Project prepares and delivers about 3,000 meals each and every week.

The Community Foundation of Middle Tennessee is proud to help fund The Nashville Food Project and its mission through discretionary and Donor Advised Fund Grants. The organization was an integral part of The Community Foundation’s roundtable discussions on food insecurity , a collaboration between 39 organizations including Metro Social Services, Nourish Food Bank, the Nashville Farmers Market, Bethlehem Centers of Nashville, Society of St. Andrew, and numerous other groups who met over the last several years in order to increase access to basic food and nutrition.

The Nashville Food Project’s mission is more than alleviating hunger. It’s about preparing and delivering meals in a way that creates community and supports efforts to fight poverty.

“Feeding somebody can be the first way to get them to sit down, have a conversation, build a relationship, complete a degree, whatever the next steps are leading out of poverty to some other better opportunity,” Quinn says. “Because hunger is a part of poverty, and poverty is so much more than just not having enough food to eat.“

“… hunger is a part of poverty, and poverty is so much more than just not having enough food to eat.“ — Tallu Schuyler Quinn, founder, The Nashville Food Project 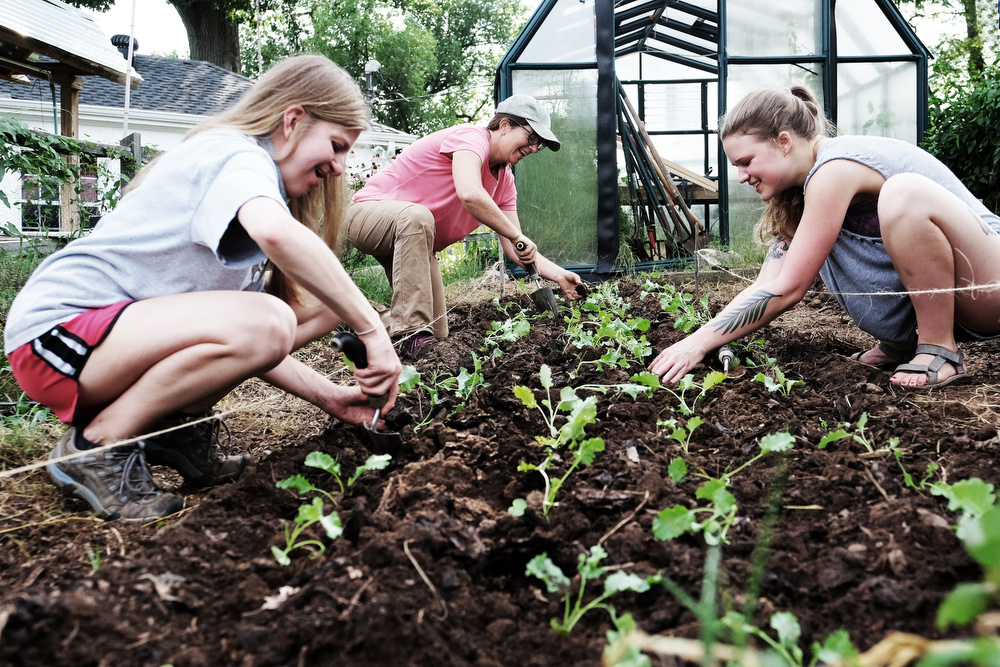 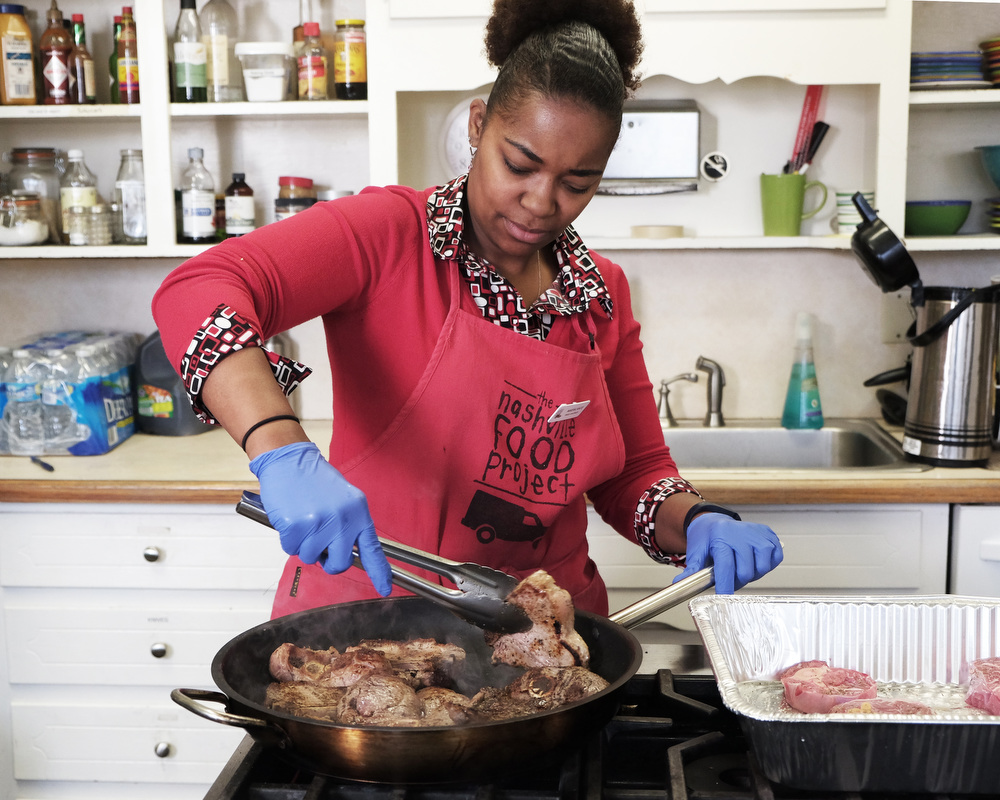 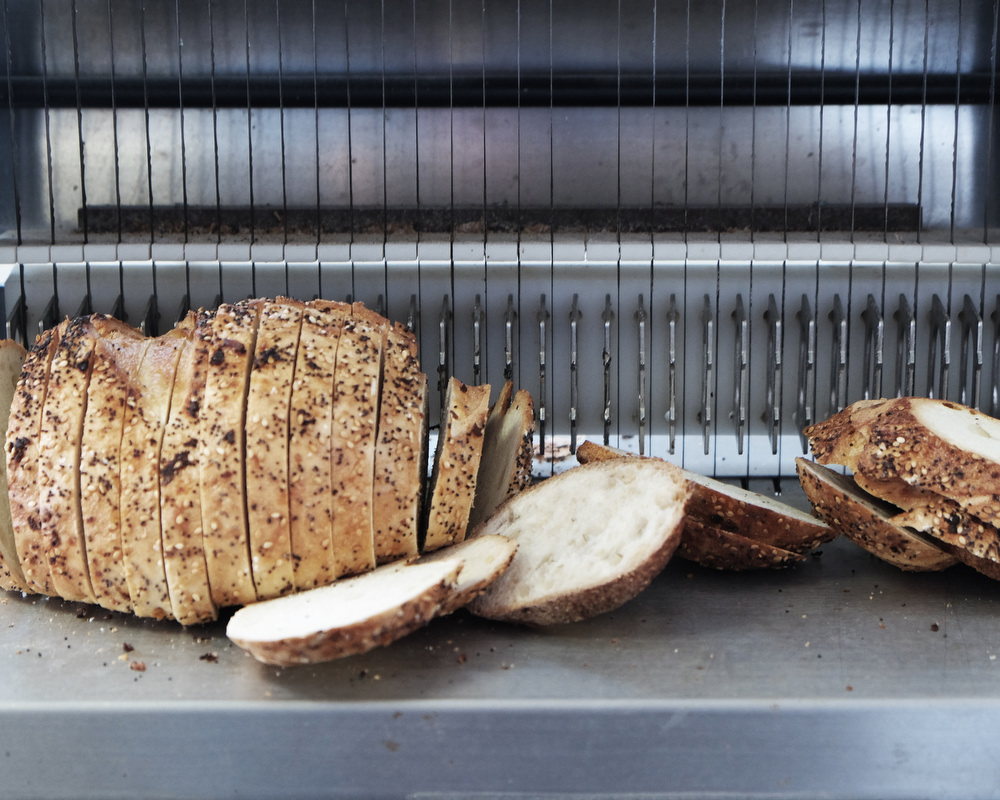 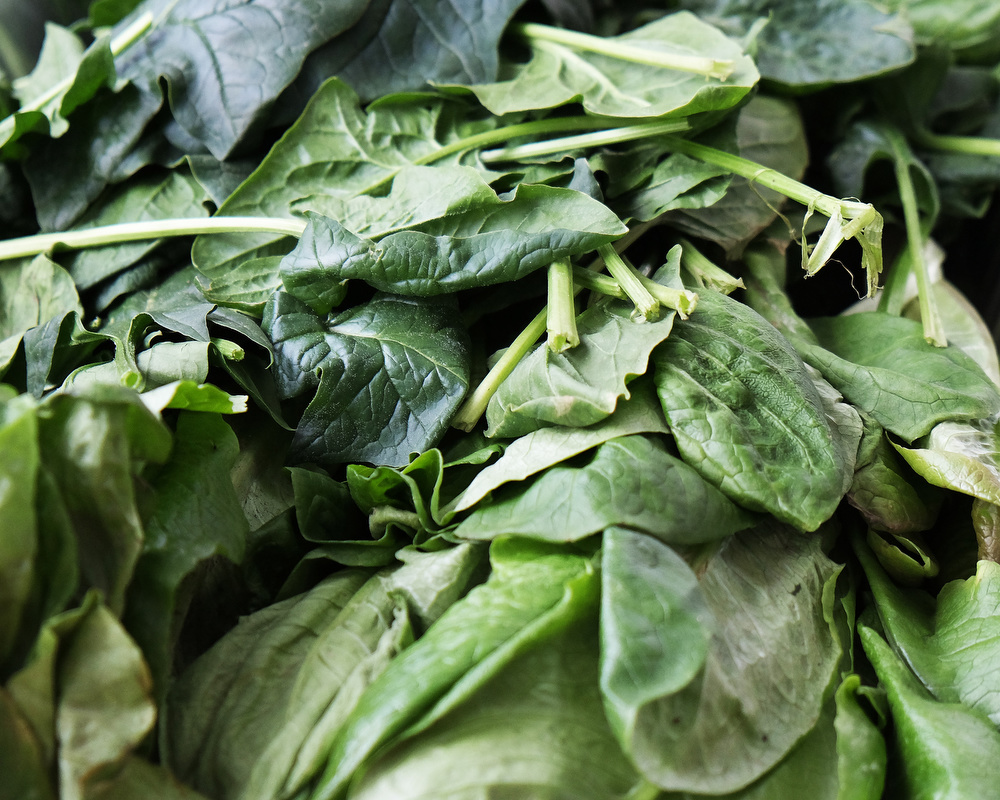 She remembers a quiet volunteer named John, who was completing community service as part of his parole after 17 years of incarceration. About the fourth month in, he started talking to his co-volunteers and told them that no one in his life had ever spoken to him as if he were capable of doing something worthwhile.

Until The Nashville Food Project came along for him.

Instead of being told to mop the floors as he expected, someone had given him a bowl, a whisk and a recipe, and showed him how to make bread pudding for 100 people.

Food as empowerment is a significant part of the organization’s community gardening efforts. Innovative programs include the Refugee Agriculture Program, which The Nashville Food Project took on last fall.

Partnering with the Center for Refugees and Immigrants in Tennessee, the organization’s Wedgwood Urban Gardens has 25 individual plots for a community of refugees from the tiny Asian nation of Bhutan. The gardeners attend regular on-site trainings for growing food in Middle Tennessee.

Also drawing on their own farming knowledge from their home country, the Bhutanese gardeners grow familiar regional crops — tomatoes, cucumbers and the like — alongside their native favorites such as bitter gourd and hot peppers. Under the same program at two other gardens, the organization also provides trainings for 25 other refugee gardeners, who sell their crops at the Nashville Farmers Market. Growing food brings pride for refugees struggling to find purpose and community in a new country.

These experiences are what Quinn hopes her organization will foster.

The Community Foundation of Middle Tennessee supports The Nashville Food Project and its mission. The Project harvests surplus food from retailers and donors, grows its own food via community gardens ,and creates meals for community initiatives such as: gang prevention, low-income pre-school programs, and senior mobile meals. By fostering participation every step of the way, the organization goes beyond alleviating hunger to supporting efforts to end poverty, empower people and create community.