Through The Jones Mission and its #60 Charitable Challenge, the philanthropic couple has pledged to give $10,000 each month during the NFL season to a designated area nonprofit.

Ben and Alex also are encouraging their many friends and the legion of Titans fans to pitch in with hopes of providing additional funding to each of the benefiting organizations.

The Jones Mission, established by Ben and Alex Jones in 2017 at The Community Foundation of Middle Tennessee, supports at-risk youth by providing grant funding, educational opportunities and additional resources to area nonprofits working to enhance the lives of children in Middle Tennessee and beyond. 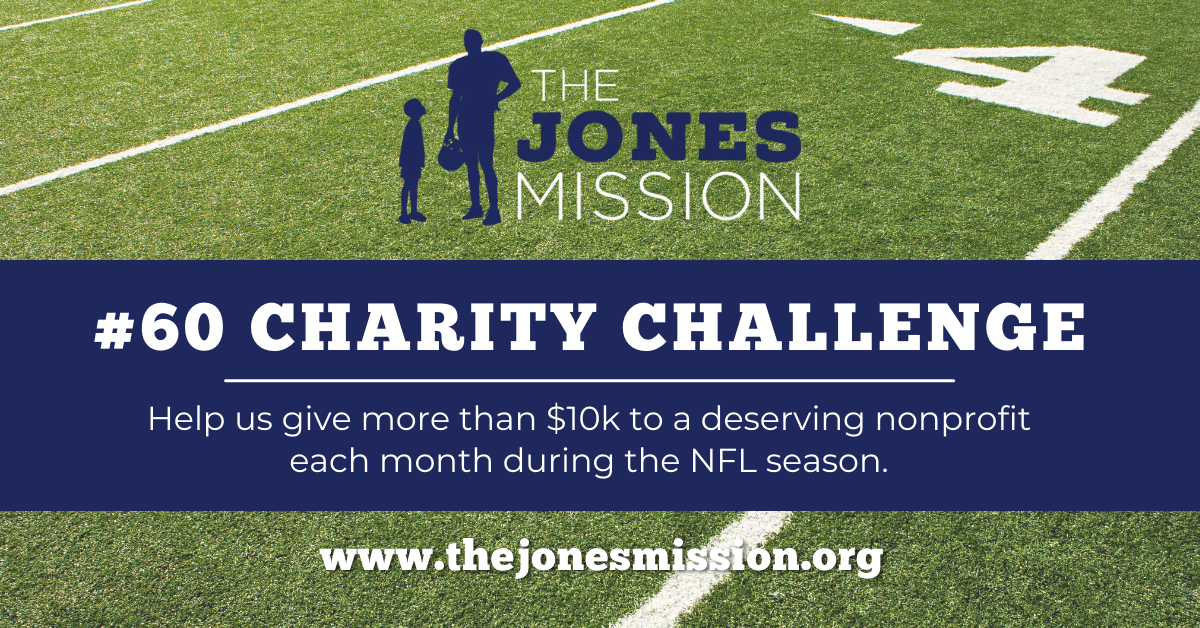 Preston Taylor Ministries (PTM) empowers children and youth to discover and live their God-inspired dreams, develop a love for learning, and build joy-filled friendships that glorify Christ Jesus. At PTM, there is a history of helping kids become overcomers. Overcomers see beyond what is right in front of them. Caring adult relationships, tutoring academic programs, and spiritual programs all help kids and youth become the overcomers we know them to be.

The Jones Mission #60 Charity Challenge is one of many efforts Ben and Alex Jones have made to help give at-risk youth a chance to succeed at life. Their journey is a story of philanthropy that has its origins in Ben Jones’ own adverse childhood.

Just a few months after his 10th birthday, Ben’s father was killed in a helicopter crash. The tragedy planted the seeds of a strong and still-growing passion for helping kids in need, and Ben strives daily to be a role model and show children experiencing hardship that anything is possible through hard work, determination and prayer. 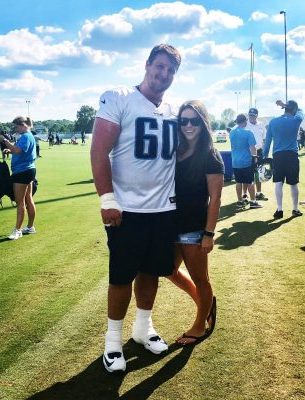 “My life has given me the opportunity to lift up others and give children from all struggles of life a chance to fight another day,” Ben said.

The former University of Georgia star spent his first four years in the National Football League with the Houston Texans before moving to Tennessee with Alex to play for the Titans in 2016.

He was recognized in 2019 with the Tennessee Titans’ Walter Payton Man of the Year Award ­— a prestigious NFL award that has been in existence since 1970 and honors players who demonstrate outstanding balance in their lives between civic and professional responsibilities. In 1999, the NFL renamed the award after the late Chicago Bears Hall of Fame running back Walter Payton as a tribute to his greatness, both on and off the field.

“It is something that is definitely appreciated,” Jones said at the time of the award on the Tennessee Titans website. “But the reason you give back is to help people out and to see the impact you can make on kids.”

Grant funding from their fundraising events have helped provide additional resources to nonprofits such as counselors and a safe space for homeless kids in after-school programs. The Jones Mission also has supported the church to bring kids and their mentors to Titans games.

In addition to monetary gifts, the Tennessee Titans center sponsors a trip to a Titans game for the seniors on the football team at his high school alma mater (Bibb County HS) in his hometown of Centreville, Alabama. This experience includes round-trip transportation from his hometown, tickets, a private tailgate, swag bags, and a meet-and-greet with Ben followed by a tour of the Titans practice facility after the game.

“The more time they are able to be around positive role models and getting to have an experience, the more they can believe they can get out of where they are,” Jones said on the Titans website. “I want to give kids something to look forward to. I want to give kids a chance. We’re just trying to give a kid that needs a little extra help a shot.”

Through The Jones Mission #60 Charity Challenge, Ben and Alex have committed to donating a total of $60,000 over the next six months to deserving nonprofits dedicated to enhancing the lives of kids in need of a leg-up, not a hand out.

At the beginning of each month through February 2022, a new charitable focus will be announced on The Jones Mission website and its social media channels.

Your generosity can significantly increase the support of the programs already making a difference for at-risk youth. Gifts can be made at www.TheJonesMission.org.