Judges Wiseman, Dinkins to be honored at Bridge to Equality Luncheon

“Our goal for this event is to recognize civic leaders who have helped this community survive and prosper through the building of bridges and the hard work of building community from disparity,” said Ellen Lehman, president of The Community Foundation of Middle Tennessee. “When we considered the most important bridges that have been built — without the use of cranes or welding masks — we naturally thought of the desegregation of Nashville Metro Public Schools.”

Lehman continued, “Although this journey toward desegregation began with bringing the white and African American communities together and introducing Nashvillians to each other, its lasting consequence has been much larger as is obvious in the diversity now represented in our schools.”

Attorneys Z. Alexander Looby and Avon Williams Jr. filed the first school desegregation case, Kelley v Nashville Board of Education, in Nashville in 1956. It was just two years after the U.S. Supreme Court’s landmark 9-0 decision in the Brown v Board of Education case, in which the court declared state laws establishing separate public schools for black and white students to be unconstitutional.

Nashville’s ongoing desegregation efforts and court battles continued for more than 40 years — one of the longest-running cases in history — with the case finally settled and the school system declared unitary in 1998.

“But for the work of these honorees, not only would whites and African Americans not know each other well, but neither would the Kurds, Somalis, Hispanics, Muslims, Asians and others,” Lehman said. “The implications of desegregation have made this community stronger, more vibrant, and welcoming.” 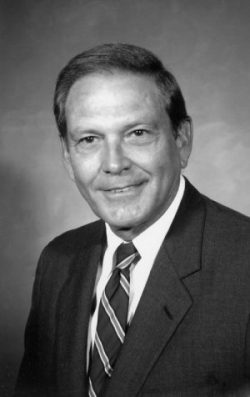 ABOUT JUDGE THOMAS C. WISEMAN JR.
Thomas A. Wiseman Jr. helped Middle Tennessee navigate the long legal journey to progress on race, health care for the poor, the war on drugs and served as presiding judge in the long-running Metro schools desegregation case. He retired in 2013 as a U.S. District Court judge after 35 years of service.

Wiseman, 87, earned a bachelor’s degree in 1952 from Vanderbilt University and a law degree from Vanderbilt School of Law in 1954. After a two-year stint in the U.S. Army and several years in private practice as an attorney in his hometown of Tullahoma and later Winchester, he served as a member of the state House of Representatives from 1964-68 and as treasurer of the State of Tennessee from 1971-74.

In 1978, President Jimmy Carter nominated Wiseman to a seat in the U.S. District Court for the Middle District of Tennessee. Wiseman was soon involved in hearings for the ongoing schools desegregation case.

Wiseman’s other judicial career highlights included presiding over the end of a federal lawsuit to dismantle the dual system — one for blacks and one for whites — in the state’s higher education system, as well as the end of a 14-year-old lawsuit against the state of Tennessee over health care provided to children around the state.

Wiseman has been a long-time adjunct faculty member at Vanderbilt School of Law and is a recipient of its Distinguished Service Award. 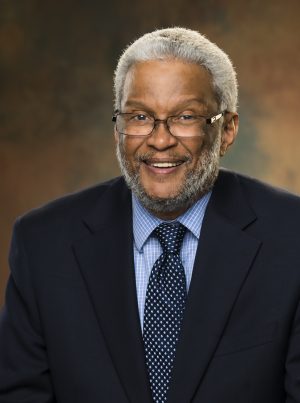 ABOUT JUDGE RICHARD DINKINS
Richard H. Dinkins, in successfully representing the plaintiffs in Nashville’s school desegregation case, greatly influenced the well-being of schoolchildren of all races, creeds and color. He has served as a judge in the Tennessee Court of Appeals since 2008.

Born in Nashville and raised in Memphis, Dinkins, 65, earned a bachelor’s degree from Denison University and graduated from the Vanderbilt University School of Law in 1977. He first became in involved in the consolidated desegregation case while a third-year law student clerking for Avon Williams Jr.

An alumnus of Leadership Nashville, Dinkins also serves as an adjunct professor at Lipscomb University’s Institute for Law, Justice and Society. His civic work has included serving on the boards of LEAD Public Schools, Oasis Center, Tennessee Alliances for Legal Services, and Tennessee Jazz and Blues Society.

Awards include the 2018 John C. Tune Public Service Award from the Nashville Bar Association and the 2013 Human Relations Award from Community Nashville. 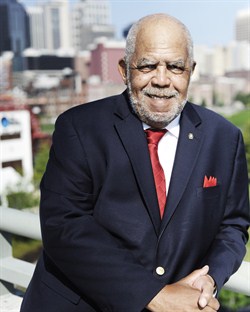 ABOUT THE FRANCIS S. GUESS BRIDGE TO EQUALITY FUND
The Francis S. Guess Bridge to Equality Fund was established to honor Francis S. Guess’s life and continue his work breaking down barriers and building bridges. The award was created to honor the memory of a man who served our community with vigor, commitment, and pride for decades. He found his own bridge to equality and then created the same opportunities for others throughout the country and here at home. The award is given annually to individuals who, like Francis, have helped others attain equality and have created opportunities for all.

ABOUT FRANCIS S. GUESS
Francis S. Guess (1946-2015) was a Nashville trailblazer in his business and civic life as well as a tireless champion for civil rights. Guess grew up in the old Preston Taylor Homes public housing development. After serving in the U.S. Army during the Vietnam War, attending Tennessee State University and Vanderbilt University, he forged a path in the business world and became vice president of The Danner Company, which operated Shoney’s restaurants, and owner-operator of Helicopter Corporation of America. He served 30 years on the Tennessee Commission on Human Rights and was appointed by Ronald Reagan to the U.S. Commission on Human Rights. A resident of Bordeaux, he served on more than 100 boards and commissions and had a lifelong commitment to building bridges and creating equal opportunity in the community he loved.

ABOUT THE COMMUNITY FOUNDATION OF MIDDLE TENNESSEE
The Community Foundation exists to promote and facilitate giving in the 40 counties of Middle Tennessee and beyond. It does this by accepting gifts of any size from anyone at any time and by empowering individuals, families, companies, nonprofits, and communities to respond to needs and opportunities that matter. The Community Foundation works with people who have great hearts, whether or not they have great wealth, to craft solutions that reflect their intentions and goals.