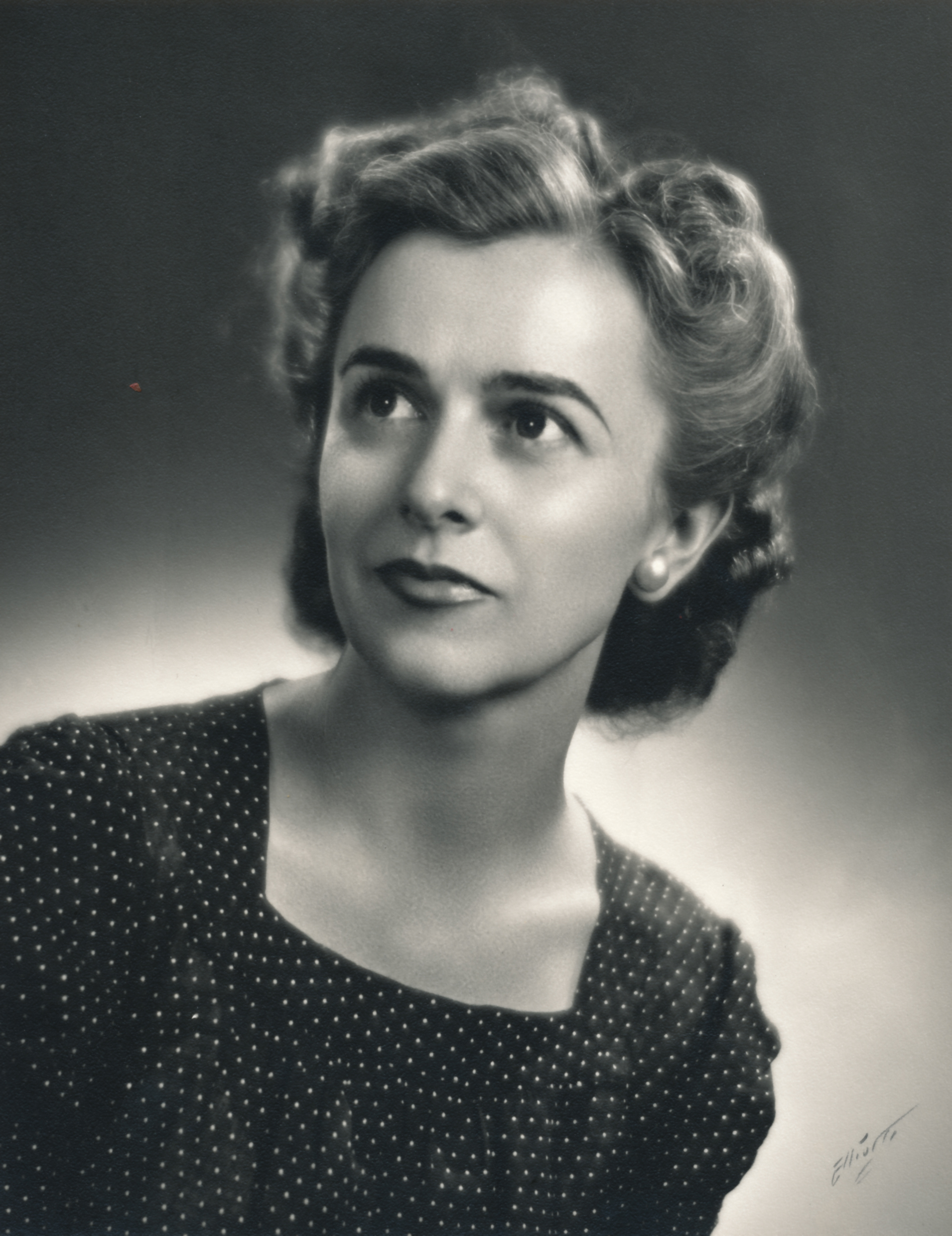 Lillian Ashley lived the life of an adventurer.

An intrepid traveler with an insatiable curiosity for life, she toured the world – often solo – for 30 years, visiting Europe, Asia and Africa. Among her many experiences, she attended an Academy Awards dinner, struck up a friendship with Bing Crosby in Kenya, and forged a long-term friendship with African conservationists and authors George and Joy Adamson of “Born Free” fame.

But wherever she roamed, she always returned to her beloved hometown of Manchester, Tennessee.

The Lillian Ashley Fund, established in 2002 and administered through The Community Foundation of Middle Tennessee, continues Ashley’s legacy of worldwide curiosity and learning by giving back to the community that she loved. The Fund benefits animal welfare, children, the arts, and the environment in Coffee County.

Grant recipients have included the Coffee County Children’s Advocacy Center, the Hands-On Science Center, and Manchester Parks and Recreation, among many others.

“It is the bedrock for us,” said Hazel Fannin, co-president of the Coffee County Humane Society, which also benefits from the Fund.

Ashley was a lifelong animal lover and often was seen with a bevy of stray cats on her doorstep. The Fund directly benefits the cats she loved by providing nearly half the budget for the Coffee County Humane Society’s low-cost spay and neuter program.

In an area where pet overpopulation is a big problem and the public shelter does not admit cats, the 600 spay and neuter operations per year are critical for animal welfare, Fannin said.

Lillian Ashley was born in 1907 and grew up in Manchester, where her family had deep ancestral roots. During her teenage years, she wrote a novella for class at Coffee County Central High School about an imaginary train trip with two school friends to see the American West.

In the tale, they visit the docks of New Orleans, the Alamo in San Antonio, Douglas Fairbanks filming the 1922 movie “Robin Hood” on-location in Hollywood, and the geysers of Yellowstone National Park. The young women find friendship and romance along the way.

“It has been my desire for many years to take the trip that I have tried to write about,” Ashley wrote in careful cursive script in the novella’s prologue, “and someday I hope I have the pleasure of doing so.” 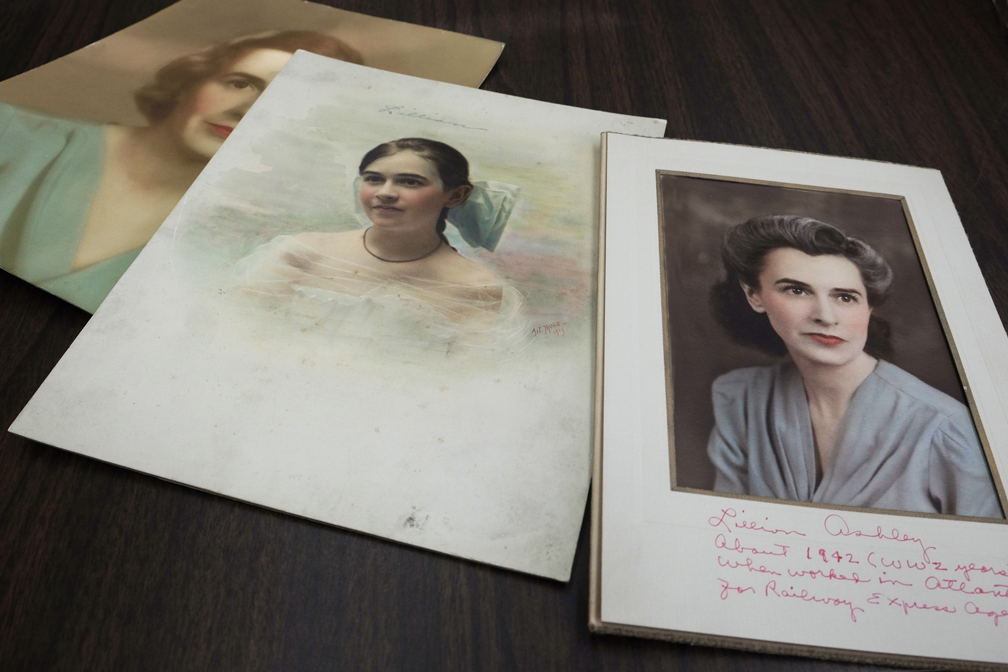 Unknown to her at the time, Ashley would eventually have the pleasure of going West, and much, much farther.

First came graduation from the University of Tennessee in Knoxville with a degree in elementary education, earning a teaching certificate. She never taught a day of school.

Instead, she promptly moved to Southern California. It was the 1930s, and she had a front-row seat to the Golden Age of Hollywood, even attending an Academy Awards dinner. Star-struck, she had a lifelong love of the performing arts.

When she returned years later to Manchester, she began working as an administrative staffer at a newly opened U.S. Air Force flight simulation test site, Arnold Engineering Development Center. She remained unmarried and worked there until retirement. 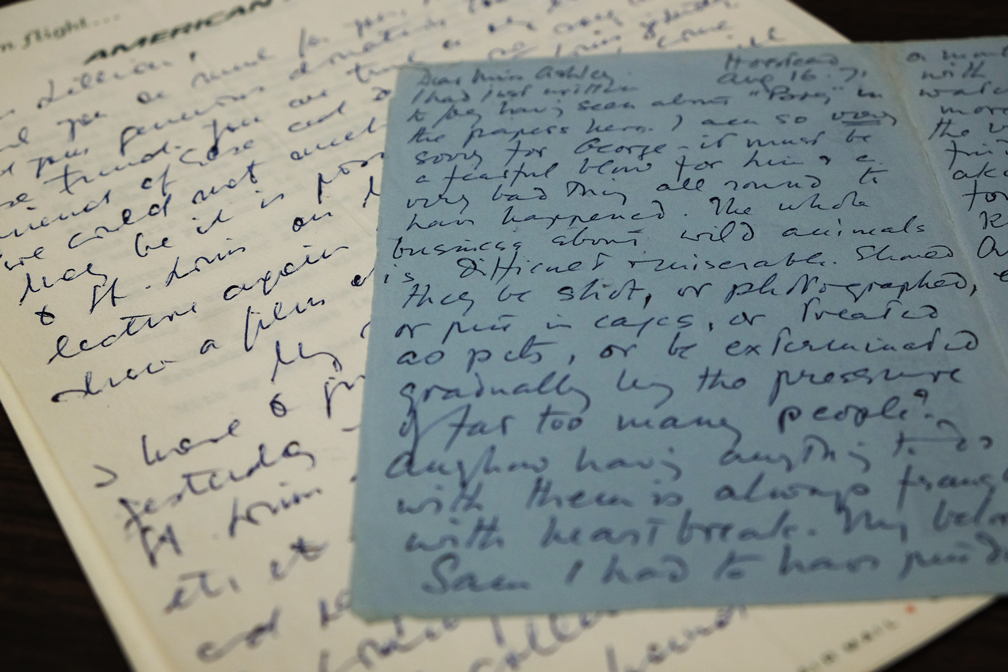 “She was not the least bit intimidated to take off on these trips by herself and said, ‘I’m going to Scotland,’ and off she went,” said Mack Majors, a younger cousin of Ashley’s. “She was very independent. Independent women weren’t the norm in her time.”

During her travels, a friend introduced her to conservationists George and Joy Adamson in Kenya.

The couple was famous for chronicling the successful adoption and release into the wild of lion cub Elsa in the book “Born Free,” later a popular 1966 movie and Academy Award-winning song of the same name. Ashley visited the preserve in Africa several times, supported the couple’s efforts, and had a close friendship with Joy Adamson in particular.

At home, Ashley cherished her routines and the bonds formed in small-town life.

She walked each day to the First National Bank in downtown Manchester to read The Wall Street Journal, then cut through a flower shop parking lot to chat with the florists.

Mack Majors remembers riding horses with Ashley by a river near her farm outside of Manchester, during which she knowledgeably explained the history of the area and the Native Americans who once lived there.

Chip Hickerson, another young cousin of Ashley’s, said she was a strong support person for him and his sister after the death of their father. Dispensing good advice without judgment, she was that relative he could turn to in a bind.

And as he grew older and became a financial advisor, he remained impressed with her business acumen.

“She always had that spark,” said Nancy Gilliam, whose parents were friends with Ashley. “She enjoyed her life. I’m sure of that.”

Much of that enjoyment came from her travels.

“She said it never satisfied her curiosity,” said Majors of his cousin’s travels. “She had to take one more trip to satisfy her curiosity.”

“I think there is nothing as educational to a boy or girl as traveling. A person can see the works of God and Man, and meet up with a lot of experiences.”
– “The Dreamer’s Journey,” Lillian Ashley’s high school novella.