Can We Hear an Amen?

Black Giving Continues to Emanate from the Church

Black philanthropy has been every bit as much about passing the collection plate each Sunday morning as has been about big checks from wealthy donors.

Generosity doesn’t need to have a big price tag attached.

That’s important to keep in mind as Black Philanthropy Month is celebrated this August.

From the beginnings of African slavery in America, the church has been the “most powerful institution of racial self-help in the African American community,” according to award-winning author and Harvard University professor Evelyn Brooks Higginbotham in her 1993 book “Righteous Discontent: The Women’s Movement in the Black Baptist Church 1880-1920.”

In fact, Higginbotham continued, in the most difficult years of discrimination and violence against Black Southerners, African Americans turned to themselves to “educate the masses of their people, care for the needy, facilitate economic development, and address political concerns” largely through their churches. 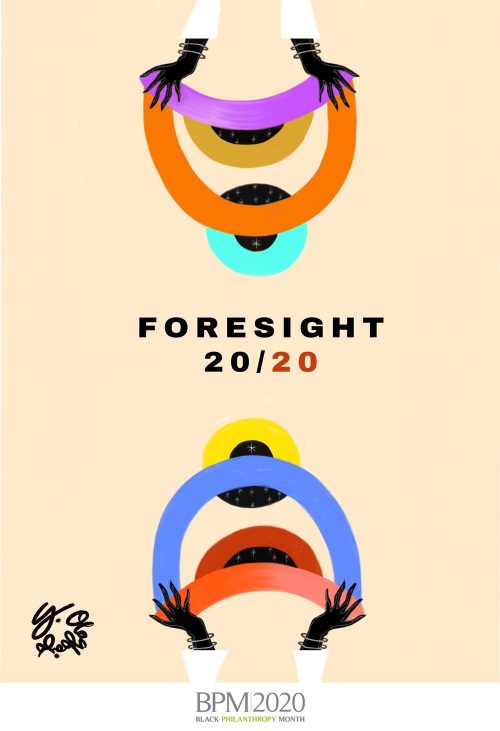 Church giving also is cited as a key denominator behind the eye-opening and myth-busting statistics from a groundbreaking 2012 W.K. Kellogg Foundation report, which found that:

In other words, Black philanthropy has been a force of change for a long, long time.

And indeed sometimes that has included big checks from wealthy — and at times famous — donors.

There’s no name more synonymous with Black philanthropy than the most definitely famous Oprah Winfrey. In late May the media mogul and former Nashvillian announced that her Oprah Winfrey Charitable Foundation made a $2 million donation to provide food relief to 10,000 Nashville-area households.

The gift was as part of Winfrey’s $13 million-and-counting COVID-19 Relief Fund to benefit underserved communities in her “home cities,” which also included Chicago, Milwaukee and Kosciusko, Mississippi.

“I see this as an offering,” the long-time philanthropist, who started her television career at Nashville’s WTVF-Channel 5, said in a Zoom call to reporters at the time. “I see this as a part of my tithe, my personal spiritual tithing from the inside out. And serving where I come from.

“That’s the first thing you do,” continued Winfrey, whose foundation reportedly has given away more than $400 million through the years. “You take care of home first, take care of your own personal communities.”

Mount Zion Baptist Church, under the direction of Bishop Joseph W. Walker III, and its role with NashvilleNurtures continues a long legacy of church activism in underserved communities here and elsewhere across the country.

For instance, North Nashville churches were the central meeting places and sources for relief both financial (bus fare, bail money) and otherwise (meals, transportation in private cars) for the Freedom Riders and lunchroom sit-in movements of the early 1960s.

One key Nashville church, known then and now for its activism, is First Baptist Church, Capitol Hill, whose congregation in 1834 first allowed Black members, including both slaves and those who were free, to hold monthly prayer meetings. In 1951, Rev. Kelly Miller Smith Sr. took over as pastor and later became president of the local NAACP and founded the Nashville Christian Leadership Council.

The church became a center for local civil rights activities and continues to this day under the direction of the Rev. Kelly Miller Smith Jr., who took over his late father’s position as pastor in 2010.

Outside of efforts from churches, there are many organizations and citizen-run groups that further enhance the spirit of giving within Black communities.

At The Community Foundation of Middle Tennessee (CFMT), a new initiative called Give Black, Give Back was launched following CFMT’s inaugural celebration of Black Philanthropy Month in 2019. Black Philanthropy Month has been recognized globally since 2011 upon its creation by Jackie Bouvier Copeland, a San Francisco Bay-area social and environmental justice activist.

The focus of Give Black, Give Back is to support Black-led funds established at CFMT. The initiative is dedicated to fostering collaboration between its fundholders and establishing new partnerships among Black philanthropists and nonprofits with similar aspirations.

Give Black, Give Back has a host of events planned for Black Philanthropy Month under the direction of co-founders and co-chairs Kia Jarmon and Lisa Swift-Young and the initiative’s coordinator Audra Cox. This virtual event series will include conversations to encourage Black philanthropy and inspire generational wealth building within Black communities.

Black philanthropic funds at CFMT include the 260 Change Fund, which focuses on the idea of collective philanthropy. The Fund’s name derives from the February 1960 Nashville lunch-counter sit-ins that transformed the segregation of businesses during the Jim Crow era.

The number “260” was also chosen to serve as a synonym for change, as a 260-degree turn represents movement in a new direction.

Using a collective savings and philanthropy concept called susu — a part of TSU business professor and the Fund’s founding member Isaac Addae’s family heritage in Ghana, West Africa — the 260 Change Fund labels itself a giving circle. Its 23 members contribute at least $260 annually to the Fund, which then makes grants focusing on community and economic development, health care, and education.

“Communities of color have historically been the recipients of a lot of philanthropic work and support,” Addae says. “We wanted to change the paradigm to shift the focus toward us supporting our own communities.

“So instead of us being on the demand side of philanthropy,” he continues, “we want to create the supply side of philanthropy specifically focusing in on the younger generation, thinking about how we get more young people giving back to their communities and getting involved in community change.” 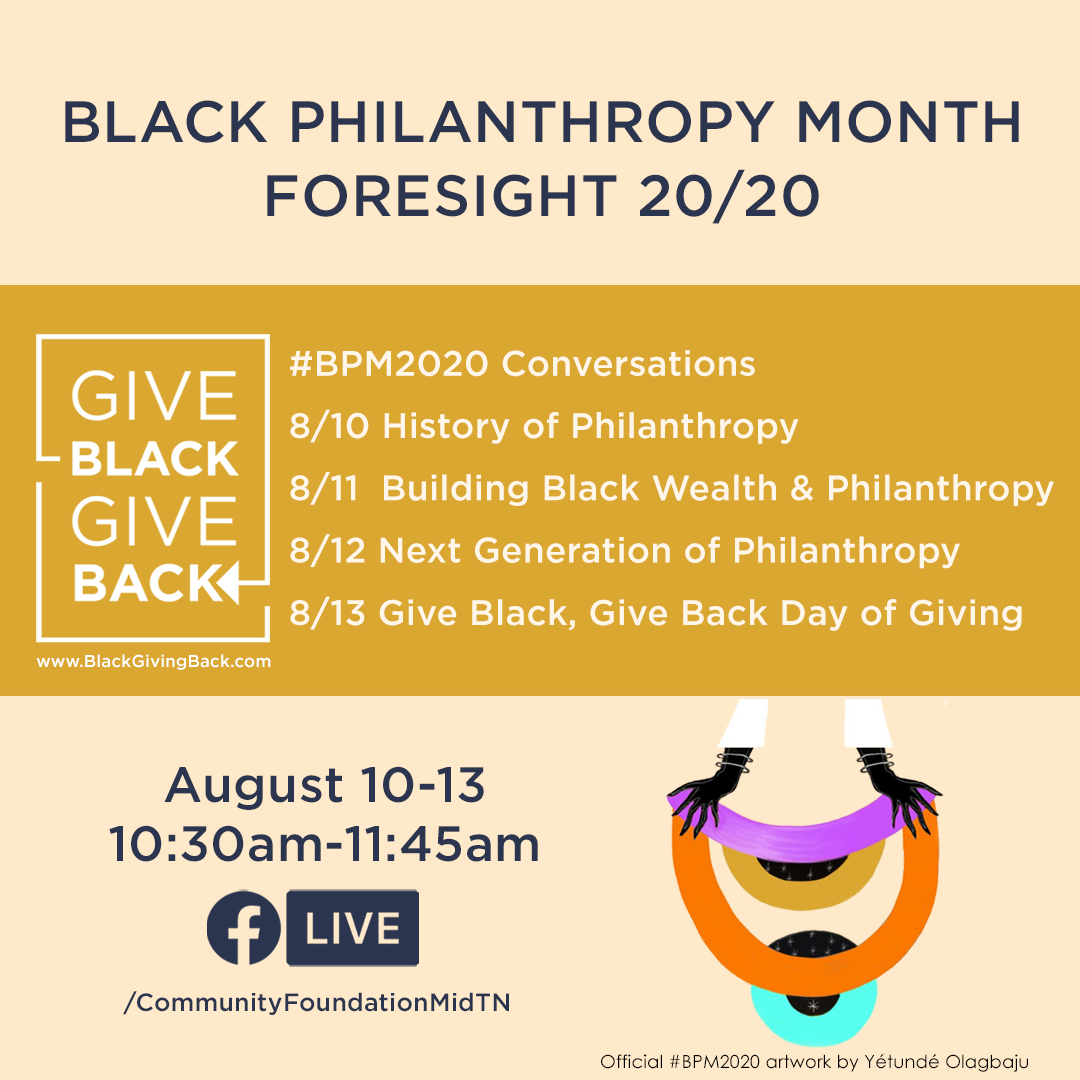 Philanthropy doesn’t necessarily have anything to do with a cash contribution, however. Consider the definition of the word itself, in the Merriam-Webster dictionary:

Black philanthropy was defined by C. Erick Lincoln in his 1999 article, “At the Crossroads … The Proceedings of the First National Conference on Black Philanthropy.”

“The voluntary transfer of significant values identified with the self, or an extension of the self to other entities perceived as wanting,” Lincoln writes. “These quantum of value may be intangible, as in the case of love, labor, services or support: or they may be concrete and tangible as in the case of money, works of art, clothing, shelter and the like.”

Love, labor, services or support … attainable goals for all of us.

Fact is, we can’t all be Oprah. As Black philanthropy has shown through the years, though, we don’t have to be.

For more information on Give Black, Give Back’s celebration of Black Philanthropy Month, visit www.BlackGivingBack.com.